Me somewhere around 163 with our kickball team 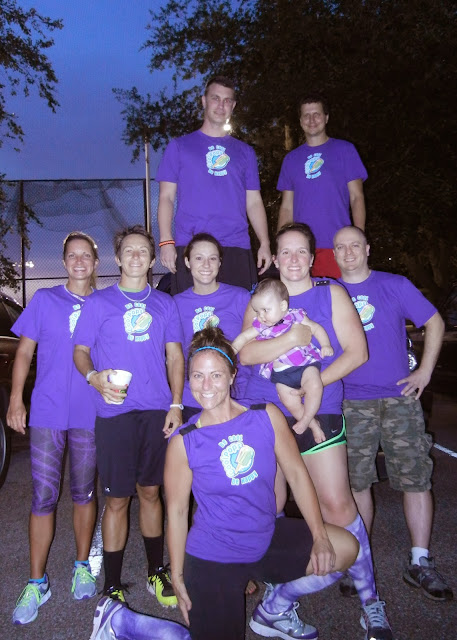 2013 was also the year of the Gunz n Glutes team making it's debut in obstacle course racing (Heather is the Gunz...and I am the Glutes...which I mean...I think is pretty self explanatory). We have done one Tough Mudder, one Savage Race, one Spartan Race, one Warrior Dash, and one Superhero Hero Scramble. By far, Tough Mudder was my favorite. Even though it ws the longest at 11 miles, it really is so well put together and you feel like you have accomplished a great feat when you finally run through the finish line (clearing marked by dangling electrical wires). But another thing I love about the Tough Mudder is that it is NOT timed and you CAN skip an obstacle if you want...there is no penalty. The race is supposed to be about team working and helping others. I dig that. I also really enjoyed the Superhero Scramble. My least favorite? Well the Warrior Dash, although it has the best shirts and headwear, was too easy...(see fantastic Warrior Dash swag below) 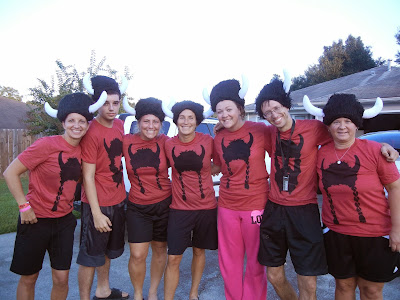 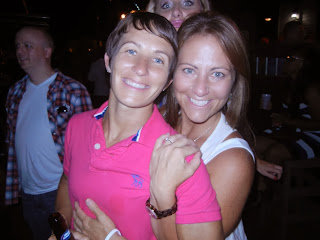 Heather proposed to me on her birthday, May 22nd, in front of all of our friends...in public...down on one knee.  I love her more than I can possibly explain.  It was the highlight of my year.

There were some lows as well.  I lost my Shelby this year.  He was 14.5 years old and had been with me since he was just 3 months.  He was always my main man. Putting him down was one of the hardest decisions of my life.   I still miss him everyday.  If it turns out that I am wrong, and there is life after this, I can't wait until I see him again. 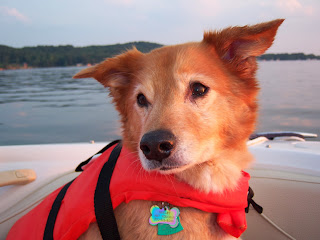 And of course, most recently, my beloved "back massager" went to live in the clouds as well.  I like to believe that all good back massagers go to Heaven.

Back to the good...I also got a wee promotion at work.  I reached the peak of my fitness levels so far.  I got new boobies...I grew up just a little bit more, and I recognized somethings about myself that I am going to try and focus on this year.

Be a better person.

There it is.  Now, there are some specific things I am going to focus on, that may bore you to tears so we don't necessarily need to focus on all of them right now...but overall...I want to be a better person.

You see, I have a gift.  People seem to like me.

I know.  I know.  You are thinking that it is both a gift AND a curse...much like the gift that was bestowed on Peter Parker after a spider bite....and you would be correct.  And in all honesty, it is probably a gift that most of us possess...although I can think of a few people that really are quite unlikeable...

And usually...I don't deserve this admiration.  I can be a rather shit friend.  I am not really flaky...because flaky means that I make plans and then cancel them.  Hell, I rarely make plans.  I am kind of a boring friend.  I like to stay at home.  I like to be alone.  And alone can either mean ME or with Heather.  I don't do much afterwork.  Now if someone REALLY needed me, I would most likely show up and help.  But if people only kind of need me...I kind of don't really pony up.  I am not sure why people necessarily like me.  I think it boils down to they THINK I am probably pretty fun.  And I can be.  But, not to beat a deadhorse (who would really beat a deadhorse anyways), I would rather be at home sleeping or walking around in my p.j.'s than out dancing or drinking.  Maybe people like me because I am funny and make them forget their problems for a second . Maybe they like me because I can pop my trunk with the best of them (and the best trunk poppers are often gay men...just in case you didnt know...), but I wasn to be better and do better.  I want to use my gift for good.

One specific undertaking I will be embarking on is NOT TALKING NEGATIVE ABOUT PEOPLE.  Lord have mercy...this will be very very hard.  I have a nasty habit of complaining about how annoying my friends are.  For example, I will be scrolling through facebook and see a beyond stupid post by one of my friends, at which point in time I will turn to Heather and say "So-and-so is SO stupid, they just said this or that".  So INSTEAD of saying or thinking about all the things that drive me crazy about a person, I am going to focus on saying or thinking about all the reasons I DO like that person...

And if I can't find a reason...then they don't really need to be on my "friend list"...either on Facebook or in real life.  So far, we are 15 hours into the new year and I haven't yet failed.

2014 is also starting off very frugaly.  I am not sure if frugaly is a word or not, and I am too lazy to google it, but money is tight.  A little tighter than normal.  So I am going to DO BETTER with grocery shopping.  Here in Florida we have a chain of grocery stores called PUBLIX.  They are a little more expensive than say Walmart...but they ooze customer service and cleanliness.  I visit Publix for some ingredient or piece of food at least 5 times a week.  I buy this or that for different recipes.  I don't compare prices.  I don't shop around.  Well, I am doing better this year.  Hear me now.  I am shopping around.  I am going to have a plan.  I am going to make decisions damn it about what I can afford and what I can't.  This will probably prove to be harder than not talking bad about other humans...it may prove harder than pulling a monkey out of my big toe...I mean...spending and saving money has been a battle since I had my first purse full of those fake cardboard credit cards that companies would send my parents in their junkmail.

So we shall see.

Do Better.  Be Better.

So here's to US bloggers and blog readers!  Let us start a new chapter in our book of Life.