However, this will require some of you to actually comment.  And truuuuust me, TRUST ME, I do a lot more blog reading than I do actual commenting, but I need actual comments this time.

I want to throw a term out there for you to "react" to.  I want to know what you think about when you here the term "AFTERCARE" in reference to your surgery (you don't have to be a bandster to respond, any kind of WLS).

First, is the term aftercare one that you have ever heard or used? If so, in what context.

Second, if we think of aftercare as the follow-up care required by your surgery, do you think that the "Aftercare" of lapband patients, the fills, follow-up visits, etc...has a negative connotation?  Do people considering WLS balk at the thought of having to get fills and adjustments? Or do you think that the idea of fills is a selling point for the band?

#1.  I have never heard of our follow up care as aftercare.  This is not a term used at my doctors office, on my blog, or seemingly anywhere that I have been paying attention to.  I use the term post-op to refer to everything that is included in the care required for my band.

#2.  People who have chosen gastric bypass over lapband have said to me "I didn't want to have to get fills for the rest of my life"...and in that sense, it was a con on their list.  For me, it was a PRO.  I loved the idea of being able to work with my doctor, for the life of my band, to determine what was the right restriction level.  It can be frustrating when you are searching for restriction, or when you get too tight...but still....you can determine what your "normal" is.  And I like that.  I like that a lot.

So there you go.  Not a difficult assignment for a Thursday morning.  I just wanted to get a pulse check and to see if I was really out of the loop with such a term. 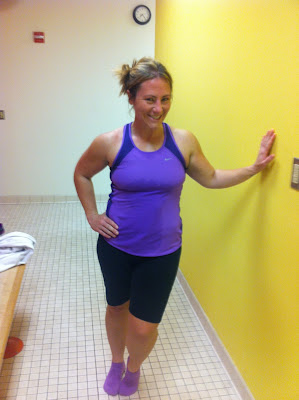 Me post workout.  Purple.  Sweaty.  Ready for the camera.
Can I preface this post, just in case, with the statement that with any supplements you may want to take or try, if you have any questions or concerns, you should check with your doctor or someone who knows more than me.  I am just sharing my opinion with some of my favorite people.  Namaste. 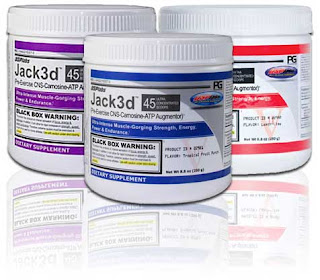 Do you remember when I posted about Jack3d?  Man, I enjoy that stuff.  It is a pre-workout supplement intended to give you an extra boost throughout your workout.  It tastes pretty good, you mix it with a little water, and drink it about 30 minutes before your workout.  I really like it for strength training, not so much cardio.  It is a little too much excitement for my body when I used it once when running.  Mommy no like it then.  Well, when we run out, sometimes we decide to try different pre-workout supplements.

The first time it was this: 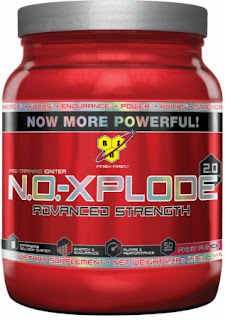 NO-xplode was drinking a high concentration of Sweet-Tarts.  I didn't like it.  Therefore Heather was left to use the 18 pound container...and I awaited the next purchase.
This time it was this: 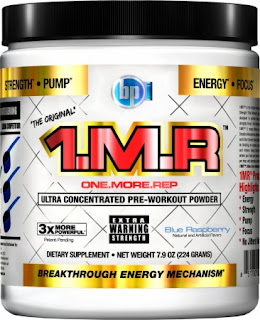 And let me tell you what.  This stuff in NASTY.  Have you ever had to drink vodka flavored dirt?  No?  Well, this would be the closest thing to that situation.  It's terrible.  And what makes it worse, is that it was so more expensive than any other one we have tried.
I am not sure anyone really cares, but I wanted to share just in case. 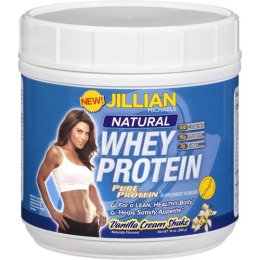 Now...for the protein.
In the mornings, when I am being good, I make a protein shake with one cup milk, one scoop of Jillian's WHEY protein powder, one scoop of frozen fruit.  Not bad.  Looks like this:﻿ 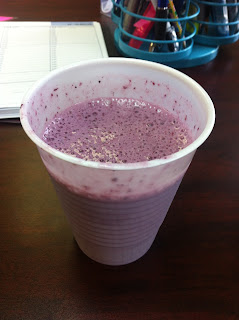 This week I have started adding Creatine.  It's tasteless and I am not "loading" creatine like a muscle builder, but having 3grams pre and post workout to help aid in rebuilding my muscles and endurance.  We will see what happens with all that!  I had read in my Oxygen magazine, which is one of my favorites:
﻿
﻿ 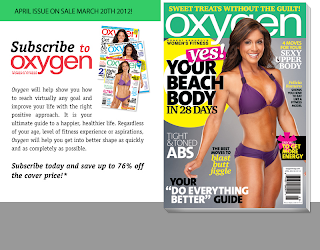 About the benefits for women when it comes to creatine, the myths, etc.  If you ladies are ever looking for a good fitness magazine that has tons of recipes, articles, and actual workouts...this is a good one to get.
(man...if only I got paid for all this product placement...I dont...I promise)
So anywhoozle, I will wrap it up.  Hope today finds you healthy, wealthy, and wise!  xoxo
﻿
Posted by Amy W. at Thursday, March 15, 2012 17 comments

2.  Sunday Heather took me to the batting cages.  Here is the recap.  I shall phrase it like a math question on the SAT.  There were 6 batting cages, only one of which was slow-pitch softball.  At the One batting cage, there were at least 7 young children, all in various levels of cool.  All with dads and moms, watching and coaching.  Amy bought 11 tokens.  Each token was equal to 12 pitches.  Amy started sweating as each of the small boys went into the batting box and came out victorious after hitting every ball.  Amy stepped in.  She swung, over the course of the next 30 minutes, at approximately 84 balls.  She MISSED EVERY SINGLE ONE.  If a train leaves a station in Montana at 5:45 am, and another train leaves Hawaii at 6:40pm, when will they crash?

The answer is:  There is no hope.  EVERY.SINGLE.BALL

4.  I have to poop.  Which reminds me.  I kinda had to poop all weekend, but I didnt really want to commit, so I DIDN'T go.  And then, yesterday when I am waiting for Heather to get out of the eye doctor, I REALLY had to go.  The moral of this Aesop fable is: don't wait.  Go poop.

6.  I downloaded Color Me Badd's "I wanna sex you up".  Do you guys remember that song?  I put it on and did a love dance for Heather last night.  She just laughed and laughed and kept repeating "What's wrong with you?"  Not the reaction I was hoping for.  I bet a cheeseburger would appreciate a dance like that.

7.  Fine.  I just ate another oreo.  But they are the spring time edition!  So...it makes sense.  Speaking of oreo's, sometimes when I am teaching a class here at work to our staff, and I am talking about relating to our clients addictions, I share my oreo addiction.  I say "I may not drink a lot, or do drugs (they don't need to know everything!), but if left alone with an entire package of oreos, I will eat the entire thing...even though I know it's not good for me, it doesnt help me reach my goal, and I have done it before and swore I would never do it again".

True story.  I blame my mother. For no reason other than you can blame your mother for everything.  Freud said so.  Or I just made that up. Either way.

8.  This summer my parents will be married for 50 years.  Unless they kill each other first.  But if they have made it this far, I believe they can make it a few more months.  That's a long damn time!  And they live on a boat!  So it's not like they can even escape each other.

9.  Have I ever told you have extremely bossy I was as a child?  It's amazing I had friends.  I mean, when my friends and I would play Barbies, I would tell them what their barbies were supposed to say and do.  Good Lord.  And what's funny is I don't know how or when I evolved to NOT being bossy.  I will take charge if it's needed and I love to lead in a professional setting, but it's hard for me to be firm.  I want so desperately for people to like me that I can be the opposite of bossy.  Very strange.  Maybe I just need to break some barbies out at my next team meeting.  Probably not a good idea...since my Barbies were very sexual beings.  No place for that in my profession.  Damn it.

10.  Have I ever told you my plans for if I were to be single again (and I don't really plan on it), but I would just travel the nation, and then the world...staying with you people?  I mean, my readers.  I could come and visit each of your for a couple of days, and then just move on.  Like a lapband gypsy.  And we could eat oreos together, brush each others hair, and giggle.  Alas...it would be awesome.

After my much needed unfill on Wednesday I am feeling pretty good.  I have had two solid nights sleep...and not a drop of acid reflux.  It has been wonderful.  I have no idea where my restriction level is...as in...if it's at the right place...but I can handle wherever it is as long as I am not too tight.

The most terrible thing happened last night.  Heather's coed softball started back up...and sho' enough...they needed an extra girl.  What am I supposed to say?  They technically had enough girls (5 girls, 5 guys), but there was an EXTRA guy...and if I didnt play, he couldnt play.

It's shameful that I can't hit that ball.  I was talking to the pitchers, flirting with the ump, being cute, being funny.  It really is exhausting.  And I say that in all seriousness.  It embarrasses me to the core that I can't hit the ball and look like someone who SHOULD be able to hit the damn thing.  You would think by pure odds that once in awhile, the bat and ball would come in contact.  So, even though on the inside I am close to tears and dying of embarrassment, I am the funny upbeat girl on the outside.  And it was a double-header...so I had to keep up the act for hours.  So...I am sure we will repeat the same nonsense next week.  The season is only 5 weeks long...I can make it.  Heather promised we will head to the batting cages this weekend.  I hope so.

And I am really looking forward to the weekend.

I have a lot to say, but I feel like I may need to take pause before I do....