Hey doodlebugs.  How is everyone fairing this week?  All is well in the world of Amy, except today I am TIRED.  I mean...TIRED.  But I have survived the workday so now I can relax and talk to my friends in cyberland.

I am 10 days clean and sober from the Pepsi hooch....all soda really...but it's the vision of ice cold Pepsi that dances in my head like those kids from a Twas the Night before Christmas.  Except they had sugarplums dancing in their hands, but I am convinced that's because when it was penned, Pepsi didn't exist.

I am also fast-food free for an equal amount of time.

As for the not drinking alcohol during the workweek, I may have had a *tiny* hiccup last night involving 99 Oranges and juice.  But it was just one night and today is a new day dudes.  My goal is to trim up a little by Memorial Weekend (so May 22nd), and with still almost 6 weeks until that date, I am confident I can do this.

Let's take a look at the pictures below and we can discuss a few things.  First...my boob.  With that side shot, you kind of get an idea of what my boobies look like post boob job.  They look very natural...ala...still a little saggy. But nothing like the old tube sock boobies I traded in.  My doc warned me that because the skin that makes up my breast was thin from all the weight loss, they would never sit high and tight. And that's cool.  I'm cool with that.  I wish I could show you a picture of the bare boob, but Heather and probably my place of employment might frown on my tit being out on the web.

But remember I had a "key-hole" incision for the breast lift part of the procedure.  So, the nipple had to come off completely during the surgery.  You can't even see the scar around my areola.  The scar coming down from the areola is very faint and light.  The scar that runs under my boob though is pretty pronounced and thick...and I guess it's good, but my boobs don't droop enough yet to cover that up.

This is Pensacola Beach on Sunday.  It was pretty nice out there.  We were playing a little game called "Coop" (it has another names), that we bought at Target.  If you like yard games, it's super fun and portable.  You can make it yourself using two trashcans, but the ones from target squish down for easy travel.

I am wearing my fitbit (had to take it off to get in the water), but that little thing DOES motivate me to get my steps.  When you work a desk job, it's harder than you think to get 10,000 of those little suckers. 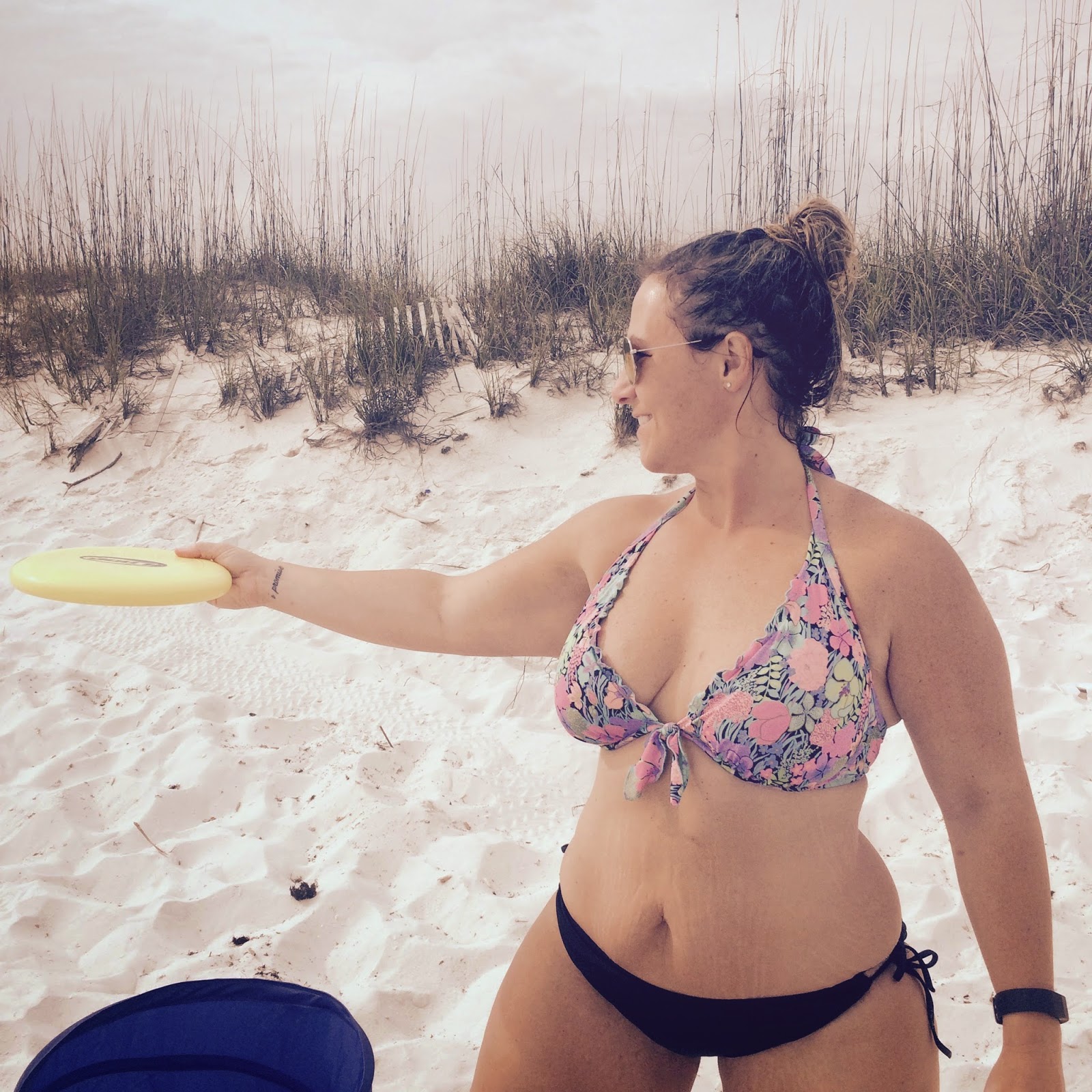 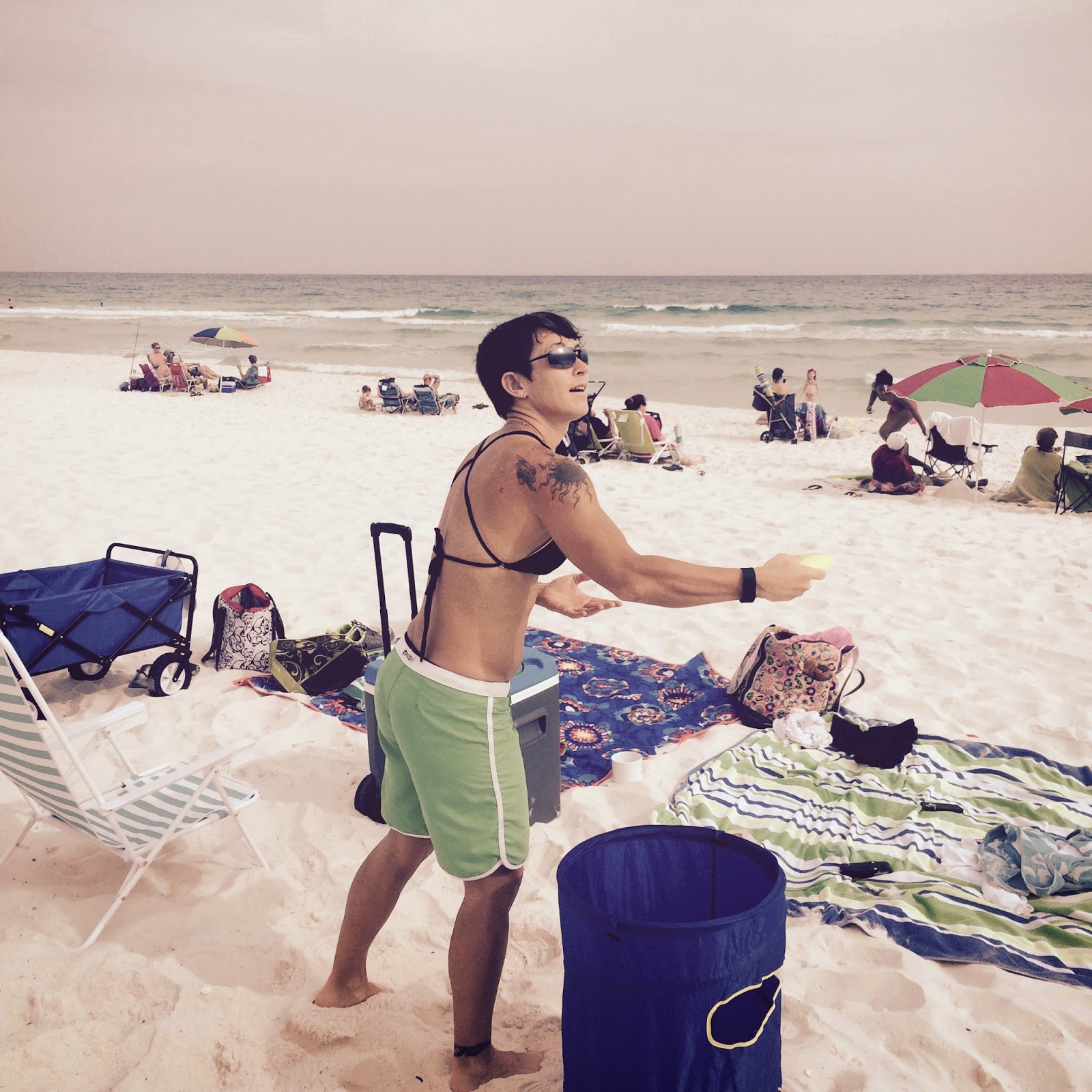 Hope all is well.